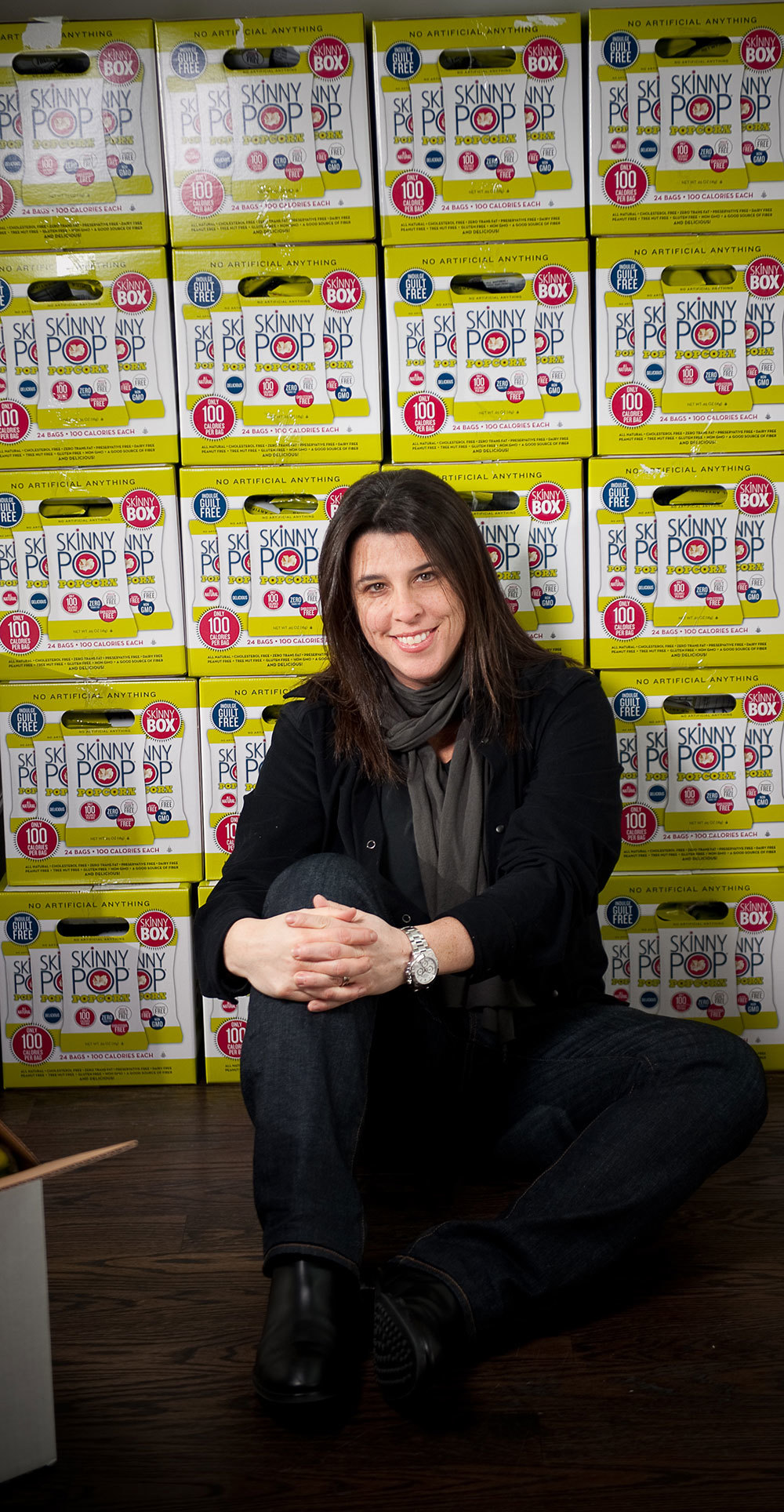 "I'm an entrepreneur in my blood."

Pam Netzky '93 is the first to admit that she was not the world's best student at Latin. "School did not come easily or naturally for me," she said. But making it through did teach her skills that have served her well. "At Latin, I learned how to persevere through challenges."

Netzky has seen more than her share of professional challenges as she has followed her passions and her entrepreneurial spirit to build a SkinnyPop empire.

After graduating from DePaul University with a major in communications, she worked briefly for her father's boutique investment firm, but she realized she wasn't inspired by what she was doing. "I wanted to pursue a dream – a professional golf career – and so I moved to South Florida and played on the amateur circuit for a while. I was good," she said. "But not good enough."

When she returned to Chicago, an acquaintance approached her about starting a company to develop and build spas. The company, Spa Group, Inc., did well, she said, "But it wasn't my passion." Her passion, as it turned out, was building businesses. "I'm an entrepreneur in my blood," she said.

Looking for her next opportunity, Netzky scheduled "lunches and dinners and coffees" with everyone she could find. Soon, a friend asked if she was interested in starting a retail popcorn company. That idea became Wells Street Popcorn, which opened its first store in 2008.

As their business grew, Netzky and her partners became fixated on perfecting a butterfree version of their product. After countless trials (and errors), they nailed it. "It was delicious," Netzky said. "We knew this could be something big."

The first batch of SkinnyPop was sold in 2010 at Potash Market on Clark Street, on the same block as Latin. "I ran in with a few bags and arranged them next to the Wells Street Popcorn display," Netzky said. "We popped it ourselves, bagged it ourselves and put it in our cars."

SkinnyPop's explosive success hasn't come without a price, said Netzky. "It's very hard and very stressful, and there are lots of sleepless nights," she said of starting and running a business. "It's a completely different life – it isn't for everyone. But when you're doing it right and it's working, it's fun."

These days, Netzky said, it's all working. "I love what I do. I race to work in the morning, and I'd love to do this for a long time. We have a lot of fun – I hope to be doing the same thing in five years."