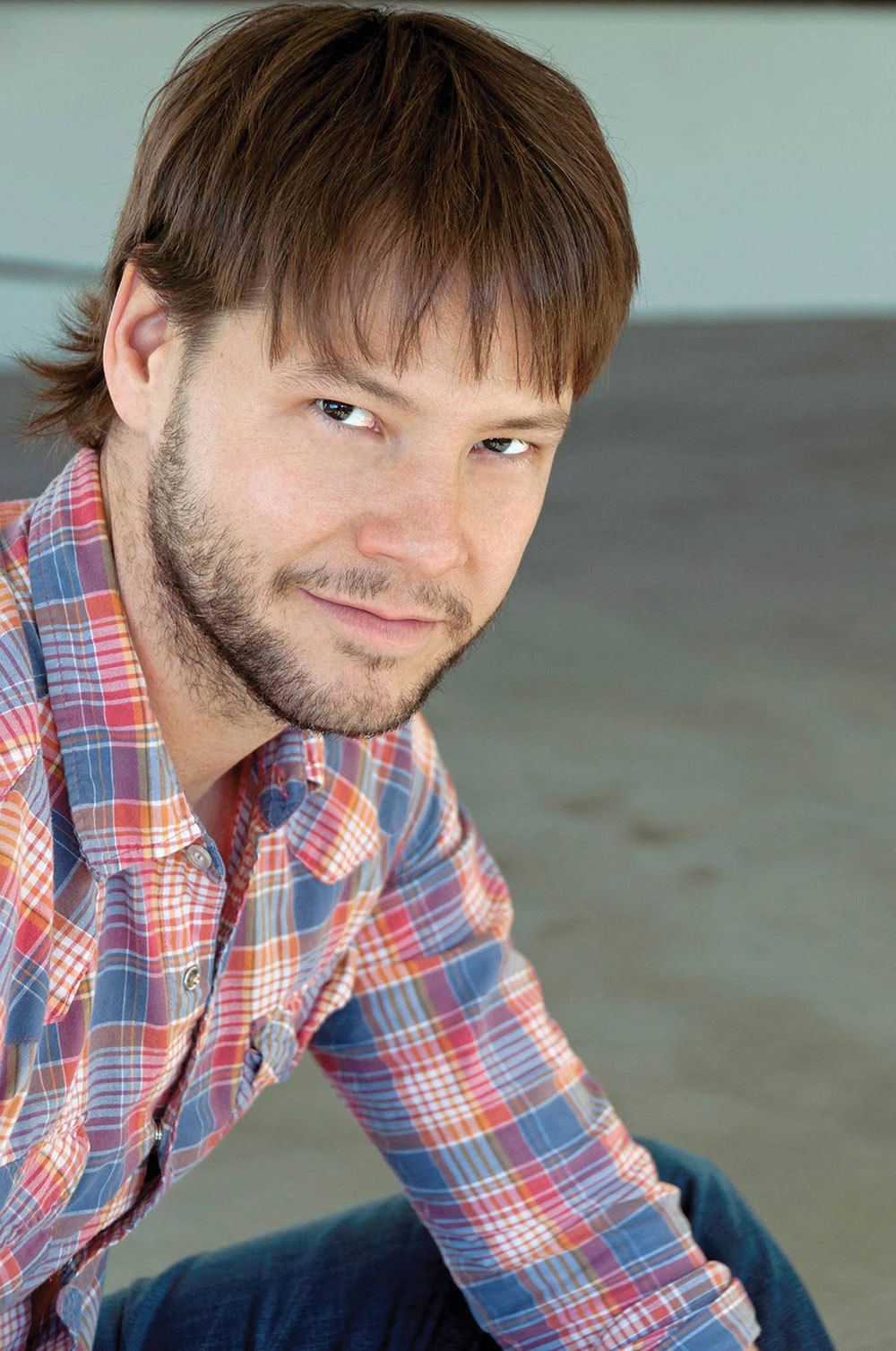 "There were years between jobs – very long years – when I was wondering whether I should have really gone into finance. But somehow I was able to always bluff my way into a part or a writing job. I think people realized that I was willing to do just about anything."

Ike Barinholtz '95 is having a good year. He has his dream job playing Morgan Tookers, an ex-con male nurse with a heart of gold, on "The Mindy Project" while at the same time writing for the show with his longtime fellow alum and writing partner Dave Stassen '95. In March, the quirky Fox comedy was picked up for a second season. And Barinholtz and his wife, Erica Hanson, are expecting their first child in July.

"It has been really great," Barinholtz said during a recent phone interview from the set of "The Mindy Project." "I've had a lot of fun over the years writing for movies and television, but it's even better when people actually see what you have been working on. Now people will say 'Oh, I saw it, and I really liked it' or 'I saw it and didn't like it' – in which case, I immediately cut them out of my life, of course."

Before "The Mindy Project," Barinholtz was best known for his roles as Russian baseball pitcher Ivan Dochenko on HBO's "Eastbound & Down" and as a cast member on "MADtv" from 2002-2007. He has worked fairly consistently writing, producing, playing minor roles in a variety of television and movie projects, and frequently returning to his first love, the improv stage.

"I've been pretty lucky," he said. "There were years between jobs – very long years – when I was wondering whether I should have really gone into finance. But somehow I was able to always bluff my way into a part or a writing job. I think people realized that I was willing to do just about anything." Which is demonstrated, Barinholtz feels, by the number of times he appeared on MADtv in a G-string.

In all seriousness, there is no bluffing about it. He works long days under intense pressure on "The Mindy Project." Barinholtz and Stassen's job is to be on set from about 6 a.m. until 9 p.m. five days a week, ready to create comedy on the spot. The scriptwriters hand them what they have prepared for the scene. Barinholtz and Stassen watch as it is being performed and make adjustments as needed, expanding on parts that get laughs and cutting or fixing bits that fall flat. They work fast, relying on the shorthand that they have developed over years. When Barinholtz is performing in a scene, he jumps back and forth between the stage and working to improve the dialogue.

Upon graduating from Latin, however, comedy was not on his mind. Barinholtz envisioned a future as a politician. ("Similar to comedians, most politicians are desperate for acceptance, mess up a lot and do things that are slightly inappropriate. So, in a way, I am not that far off.") He went on to Boston University. But after a less-than-stellar year,
he came home to Chicago in search of something to do. While working at a variety of jobs, including for the CTA, Barinholtz saw an Improv Olympics show that made him laugh so hard that he couldn't breathe. He immediately signed up for classes and began performing.

"At first I wasn't very good, but I persevered. And, I had excellent teachers." Barinholtz and Stassen, with whom he had reconnected on his return to Chicago, did much of their learning from people like Tina Fey and Amy Poehler while working at Second City as busboys. Three years later, Barinholtz joined the Amsterdam-based sketch comedy group Boom Chicago (where he performed with Seth Meyers and Jason Sudeikis) and on his return moved to L.A. with Stassen.

Much to the relief of his parents, who were getting "very worried," Barinholtz has found his calling. "I've worked hard. I've failed a lot. But I keep going, and I keep trying, and I've been very lucky."

So, although it took some time and a few twists in the road, Barinholtz is now living the values of passion and excellence that he learned at Latin. "I hope that's what I am doing. But If I'm not, I can always blame Dave (Stassen)."