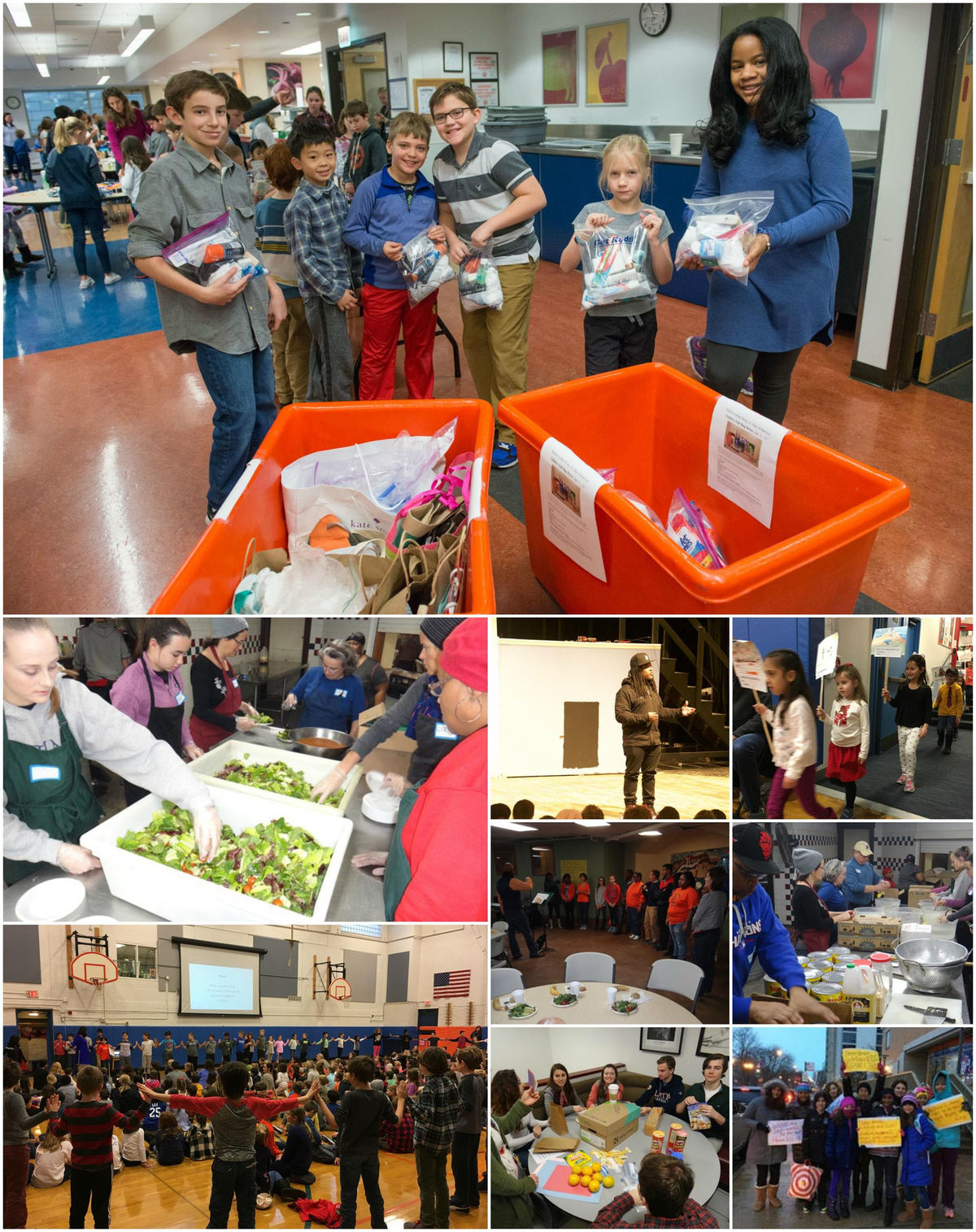 Throughout the MLK holiday weekend, students participated in several events to honor the life and legacy of Dr. Martin Luther King, Jr. Our lower school held the annual MLK Day assembly on January 12 where SKers shared handwritten messages of ways to change the world during their silent peace march, JK serenaded us with a song about peace and fourth graders created a "pep talk" video on how to make the world a better place. Spanish teacher Kasey Taylor also shared a personal story about when Martin Luther King's sister, author Christine King Farris, visited Latin and the impact that it had on her.

The middle school Kids Supporting Kids club members woke up extra early last week to collect items for the toiletry drive. It was well worth it as they received lots of donations! Sixth grade, along with their second grade buddies, sorted and packaged the toiletries into gift bags. The gift bags were given to the diners of the Uptown Baptist Soup Kitchen meal, prepared and served by US students, teachers and community volunteers. The gospel choir also performed for the guests.

On January 17, our Martin Luther King, Jr. speaker, Shaka Senghor, shared his story of redemption, second chances and forgiveness with MS and US students as well as parents. His memoir, Writing My Wrongs: Life, Death and Redemption in an American Prison, a New York Times Bestseller, details his 19-year incarceration and how he was able to turn his life into a success story. At the speaking event, he enforced his belief that human beings at the core are redeemable and someone's past shouldn't dictate how that person will live their future.